The Puducherry Pathfinder:
Lighting a Sustainable Future for India

Nearly a decade ago, the potential for energy saving through an efficient lighting program in India was huge and untouched—over 50 billion kWh in annual savings, which could deliver financial savings of USD 250 billion to consumers. This translated into an avoided capacity addition of 19,000 MW.

Energy-efficient lighting offered an extraordinary opportunity to achieve these benefits. One of the simplest solutions for energy-efficient lighting was replacing incandescent lamps (ICLS) with light emitting diode (LED) lamps. An LED bulb uses only a tenth of the energy of an incandescent bulb and half that of a compact fluorescent lamp (CFL) to produce the same amount of light. Despite the obvious benefits, the biggest impediment to LED conversion remained their high price.

Shining the Light in Puducherry 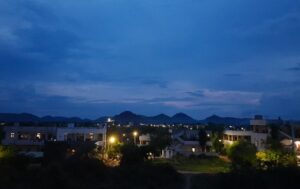 Shakti collaborated with US-based International Institute for Energy Conservation, Puducherry Electricity Department (PED) and Energy Efficiency Services Limited (EESL) to design an innovative pay-as-you-save, demand-aggregation market intervention model to implement LED conversion in Puducherry. EESL procured and distributed 7,35,000 LED lamps at a cost of Rs 310 per lamp to households in Puducherry. PED distributed the LEDs to their customers, recovering the cost through nominal charges in the monthly electricity bill. The department recovered the entire cost of the distributed LEDs in 7.5 years. PED agreed to procure energy efficiency as a resource at a cost ranging from ¬ 1.23/kWh in the first year to 0.67/kWh in the 10th year (USD 0.042/kWh to USD 0.01/kWh), 4 to be paid to EESL for every unit of energy saved.

Shakti facilitated the LED adoption programme which resulted in 735,00 ICLs being replaced in 16 months in Puducherry, leading to an annual demand reduction of 48 million-kwh, financial savings of $15 million and 383.7 MTCO2 reduction.

By October 2014, Puducherry had achieved the unique feat of lighting almost every home with LEDs. The success of this initiative lent momentum to similar actions by states such as Andhra Pradesh, Delhi, Rajasthan, Himachal Pradesh and Uttar Pradesh. Shakti’s support in the early stage program design helped the initiative evolve into a national flagship program, known as Unnat Jeevan by Affordable LEDs and Appliances for All (UJALA) for large-scale deployment of end-use energy-efficient technologies for mass markets. Prime Minister Narendra Modi launched UJALA in 2015 to provide LED bulbs to domestic consumers with a nation-wide target to replace 770 million incandescent bulbs.

Over the years, EESL has achieved over 85 per cent cost reduction in the overall cost of LED lamps in progressive phases of procurement (¬ 320 per lamp to ¬ 38 per lamp). The program has emerged as the world’s largest energy self-financed and self-sustained market transformation initiative for promoting end-use energy-efficient technologies. It has not only surpassed traditional benefits, such as energy savings and reduced carbon emissions, but also triggered large-scale investment in the manufacturing of end-use efficient technologies and generated employment.

From a small intervention in Puducherry to a nation-wide initiative for the large-scale deployment of end-use energy-efficient technologies, Shakti’s initiative helped India take a quantum leap on climate change mitigation goals.